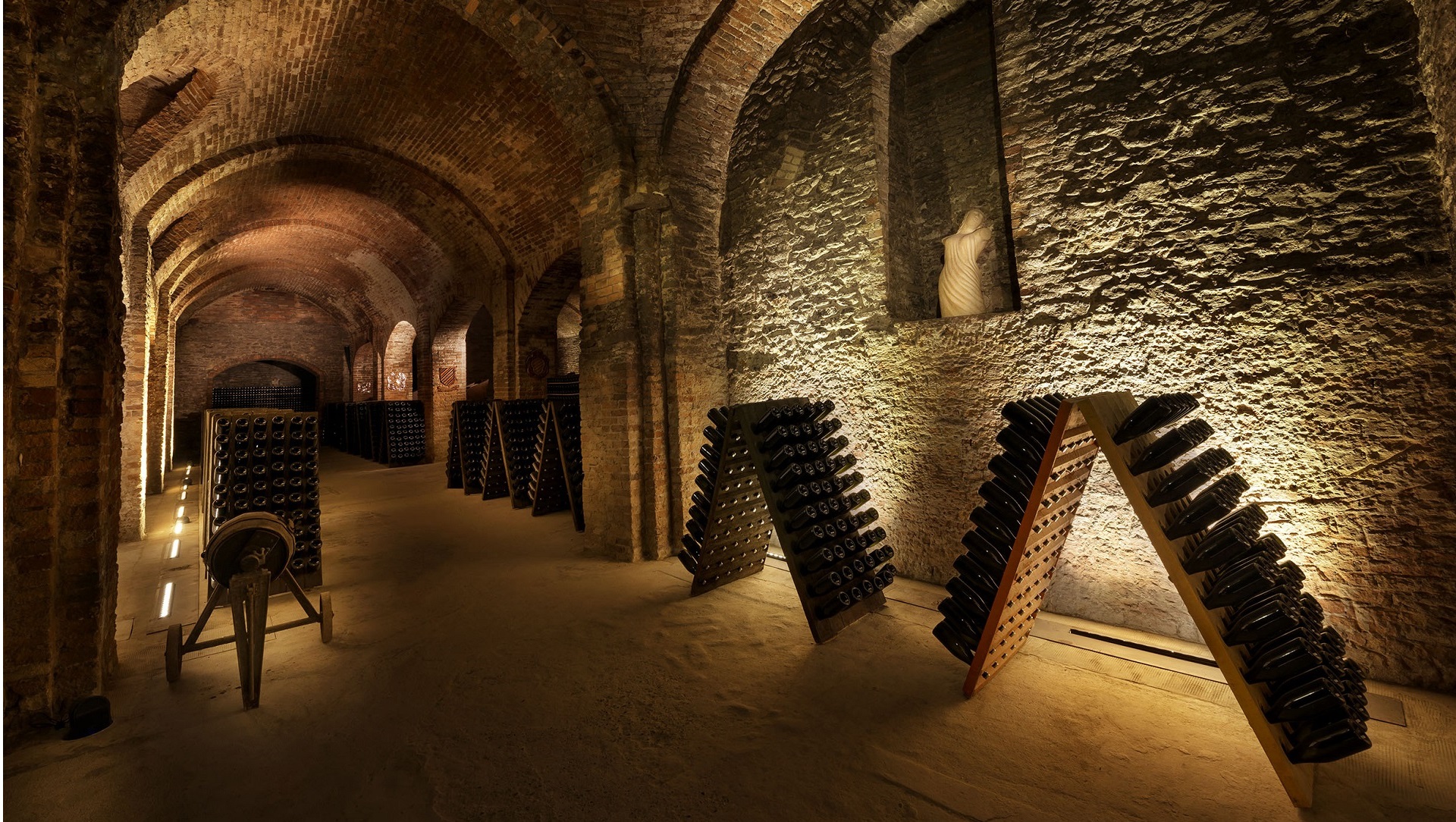 The underground cathedrals of wine

The Underground Cathedrals … of wine?

Some cathedrals announce their presence with lofty spires that draw the eye skywards; Milan, Cologne, Westminster etc. But others are hidden away underground, and you might never even know they are there unless you have visited them for yourself. The latter can be found in the area of Asti in Canelli, capital of Italian sparkling white wine (Spumante) since 1850 when Carlo Gancia imported the “champenoise” method from France. 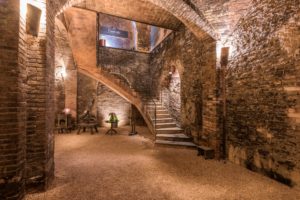 Recently they have been called “Underground Cathedrals”, with naves, ambulatories, transepts, and large cross vaulting that would not be out of place in the great cathedrals you might find on the surface. Built from exposed brick set into the tuff hills, they constitute authentic masterpieces of architecture.

These cathedrals of spectacular beauty, uniqueness and historicity are composed of galleries, underground passages, long corridors and broad vaults emphasized by a clever play of light that highlights the imposing excavation works and exposes, in certain areas, the tuff of Canelli.

The cathedrals have their origins as small conservation caves, likely built during the XVII century, and remodelled and enlarged throughout the centuries into the form they take today. Built in order to preserve land products, salt, and other goods that passed along the trade routes for Savona and Vado Ligure -historical ports and commercial hubs on the sea of Canelli – 15 kilometres of underground galleries, reaching 40 metres in depth, stretch below the ground of Canelli.

Over time wine became the primary good produced in the area, and the calcareous tuff of Canelli proved to be a precious ally to winemakers. Hard to carve and incredibly stable; it is a perfect insulator and thus maintains a constant humidity and a temperature between 12 and 14 degrees – ideal conditions for the aging of great wine. For this reason, starting from the second half of the IX century and during the first years of the XX century, several kilometres of galleries were dug under the city of Canelli. These galleries served not only for the storage and aging of wines, but also for the entire process of winemaking. The remains of this process (presses, filtering systems, vats, barrels and machines) are still visible today and stand as tangible memories of the past. 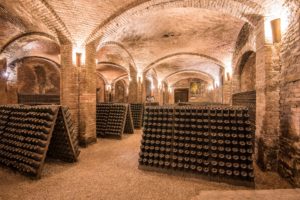 Some of these Cave-Cathedrals (in which darkness protects the wine during the long and delicate stages of its preparation) have produced the most prestigious sparkling white wines (Spumanti) with the traditional method. While visiting, you could be lucky enough to see the “cellarman” working on the bottles that are in the “pupitres” (he works on every single one of them every day, and there are thousands).

In summary, these are the main stages that are carried out in the production of the wine:

Thanks to their beauty and importance, the “Underground Cathedrals” have been recognized as a world heritage site by UNESCO within the “Wine landscapes of Piedmont: Langhe Roero and Monferrato”.

I highly recommend you experience the magic of these unique and charming sites in person!
They can be visited by making an appointment:

Enjoy your visit and wine tasting! 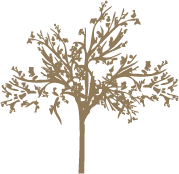